The AGROFARM Exhibition didn’t appear without reason. It’s VDNH, where collective farm workers from every corner of a huge country, from all Soviet Republics, aspired to bring the best samples of livestock. It’s here, where large and small cattle was kept representing practically all existing breeds in the country. In 1954 only, 800 heads of large cattle of 32 breeds, 800 sheep of 53 breeds, 500 pigs of 30 breeds were shown in this section! And to think about the ‘defiles’ collective farm workers arranged on the show ring! Models of the Fashion House ‘Kuznetsky Most’ could nothing but envy the popularity of those artiodactyls.)) We’ll tell about it later; our today’s story is about the Pig Breeding Pavilion. 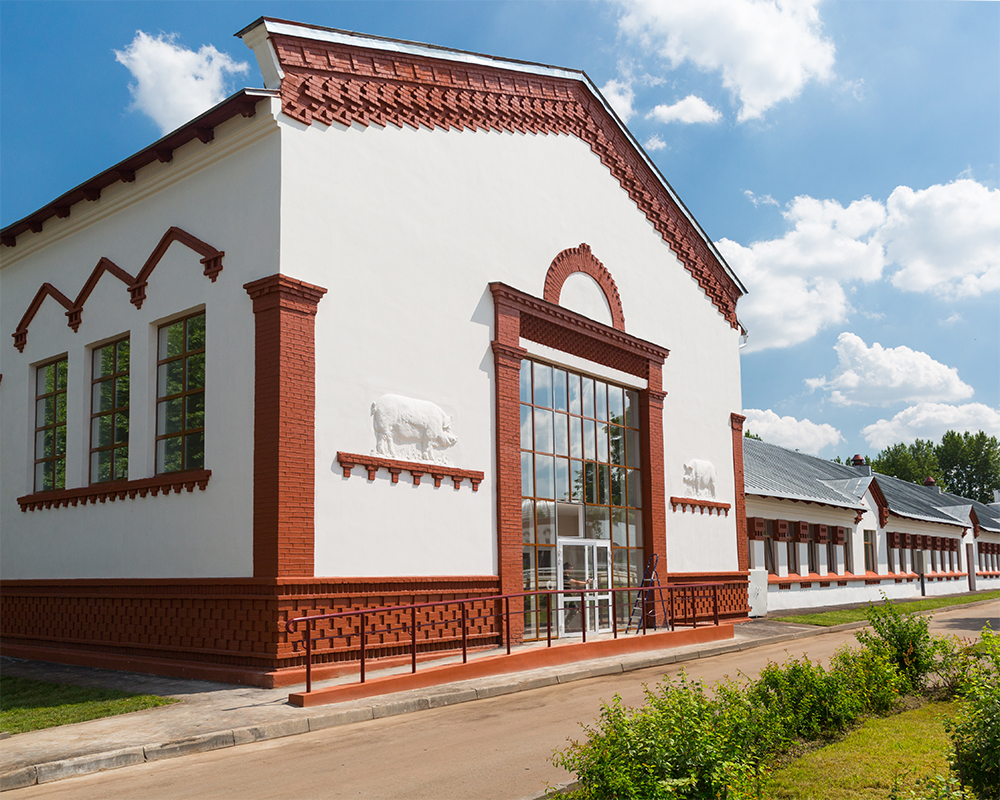 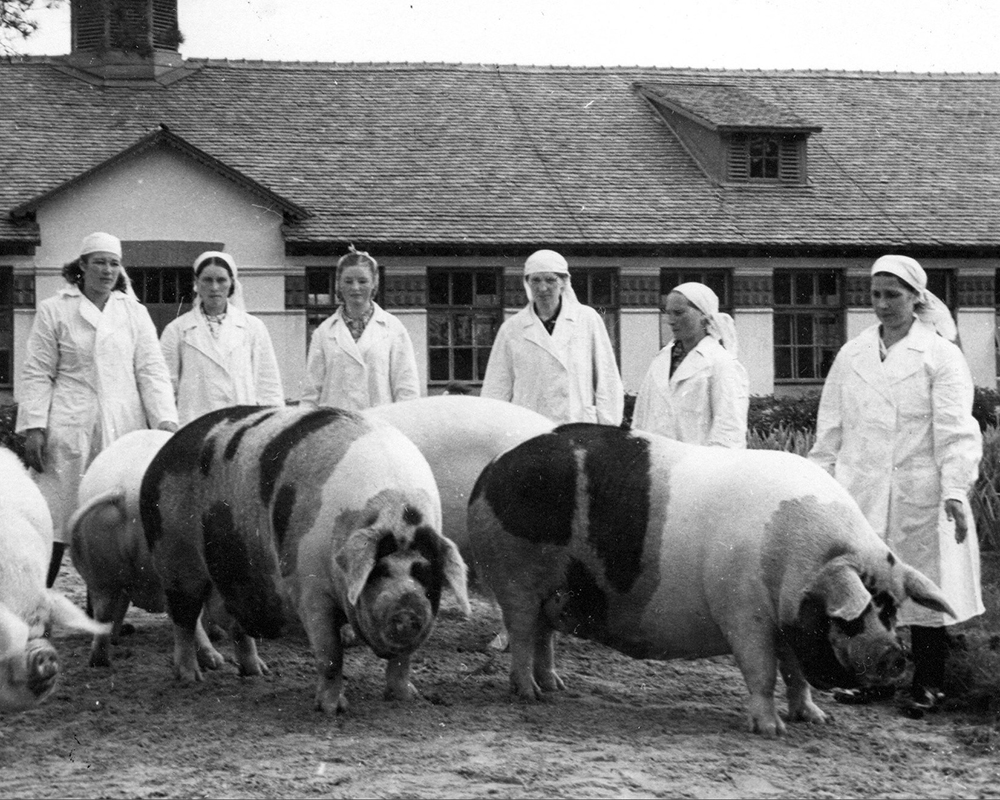 The building is constructed in the same ‘folk’ style as pavilions of sheep breeding and large cattle. Light plastered walls are highlighted with lines of bricks. The entrance to the pavilion is decorated with bas-reliefs if a breeding pig and a boar.

Demonstration halls of the Pig Breeding pavilion used to house 300 animals presented by the best households from various regions of the Soviet Union. Great attention of the exposition was paid to methods of developing the best domestic breeds and working practices of top performers among pig breeders.

‘There were amazing half ton pigs in the Pig Breeding pavilion - clean creatures with their snouts washed clean and little piggies fussing in special pounds. They smelt like a farm, not like a scrap heap,’ Tatyana Ustinova remembers impressions of her childhood.

By the way: After the war pig breeding was developing rapidly in the Russian SFSR - from a very low post-war level (4.1 mln heads) to a stale level of 40 mln heads in the end of 1980s.

The Ministry of Agriculture presents "The Tasty Russia"

The Ministry of Agriculture of Russia the supports start-up farmers